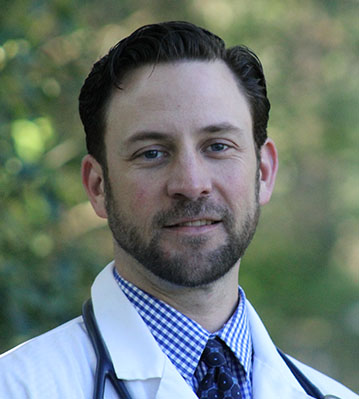 Dr. Chris Brader has practiced medicine at Matthews Animal Clinic since 2004. He purchased the clinic in 2017 with Drs. Pritchett and Thompson. A native of Lancaster, Pennsylvania, Dr. Brader attended Virginia Tech, where he received his Bachelor's Degree in Biology in 1999. He continued his education at the Virginia-Maryland Regional College of Veterinary Medicine and was awarded his Doctorate of Veterinary Medicine in 2004. He has a continuing education certification in ultrasound, and his professional interests include soft-tissue surgery, seizures and gastroenterology.

Dr. Brader is a member of the Sigma Phi Epsilon fraternity and the Phi Beta Kappa honor society. His hobbies include exercising, snowboarding, and following Virginia Tech sports. He also enjoys spending time with his wife, Lindsey, and their sons Evan, Carter, and Declan, and their 2 dogs Mingus and Luke. 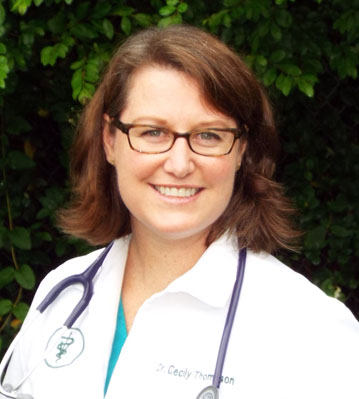 Dr. Cecily Thompson grew up in Albany, Georgia and practiced medicine in New Jersey before joining Matthews Animal Clinic as a general practitioner in 2006 and purchased the clinic with Drs Brader and Pritchett in 2017. A graduate of Washington and Lee University, Dr. Thompson received a Bachelor's Degree in Biology in 1999. She attended the University of Georgia College of Veterinary Medicine and was awarded her Doctorate of Veterinary Medicine in 2003. Dr. Thompson is a member of Alpha Psi, a veterinary fraternity; Phi Zeta, the veterinary honor society; and the American Veterinary Medical Association. Her professional interests include soft tissue surgery and endocrinology.

When she's not at the hospital, Dr. Thompson enjoys spending time snowboarding, gardening, reading, and going to rock concerts. Dr. Thompson and her husband Matthew, also a veterinarian, both enjoy traveling. Dr. Thompson loves caring for her children, Eloise and Everett, and her three pets. 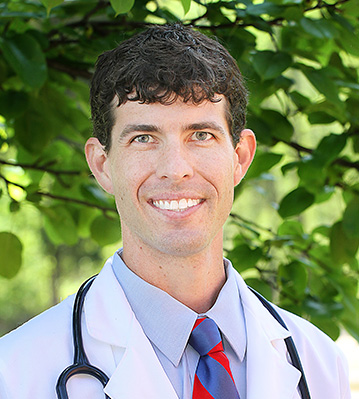 Dr. John Pritchett is a native of northeast Georgia. He received his Bachelor of Science in Biology in 2002 from the University of Georgia. In 2007 Dr. Pritchett graduated from the UGA College of Veterinary Medicine. After vet school graduation, Dr. Pritchett completed an internship in small animal medicine and surgery in Brooklyn, N.Y. He then worked as an emergency veterinarian for 3 years prior to relocating to the Charlotte area. He then purchased the clinic with Drs. Brader and Thompson in 2017. His professional interests include emergency medicine and internal medicine.

Dr Pritchett enjoys all outdoor activities, traveling, and spending time with his family including his wife, 2 sons, and daughter. Additional family members include 4 cats and numerous fish. 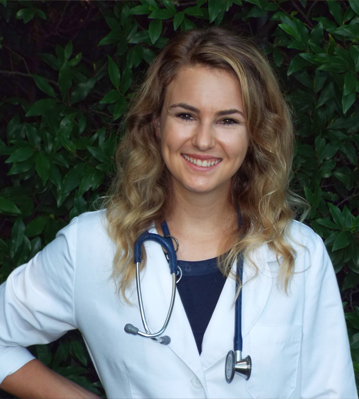 Dr. Goldsmith enjoys traveling and spending time outdoors. During the fall she enjoys cheering on the Clemson Tigers football team. She has two cats named Elsa and Nala. 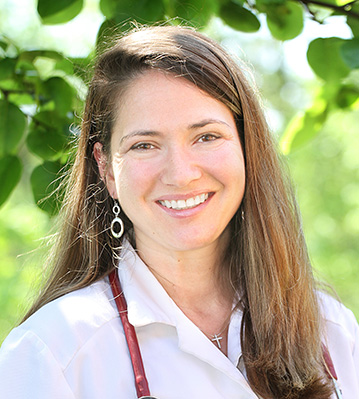 Dr. Mary Getz has practiced medicine as a general practitioner at Matthews Animal Clinic since she graduated veterinary school in 1998. A native of Chicopee, MA, Dr. Getz attended the University of Massachusetts and received her Bachelor's Degree in Biology in 1993. She went on to attend North Carolina State University College of Veterinary Medicine and was awarded her Doctorate of Veterinary Medicine in 1998. Her professional interests include internal medicine and surgery.

Dr. Getz and her husband D.J. enjoy traveling and outdoor activities. They have two sons: Ryan and Michael. Her hobbies include photography and reading science fiction novels. She has three pets: Tyson, a shepherd mix, and two cats, Stormy Bear and Grizzly Bear. 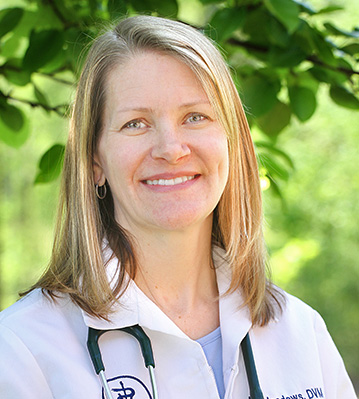 Dr. Meadows' hobbies include tennis, mountain biking, yoga and cooking. At home she can be found spending time with her daughters Reagan, Elizabeth and Emily. Additional family members include their dog Goose, and cats, Chicken and Biscuit. 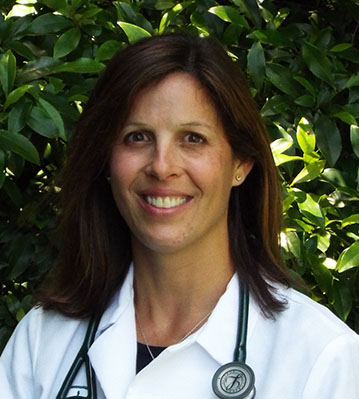 Dr Shepard loves outdoor activities, reading, and yoga. She is married to husband Kris, and has 3 children: Madeleine, Ava, and Andrew. Her family also includes 2 cats, Lilly and Dylan, and a 3-legged rescue dog named Elliott. 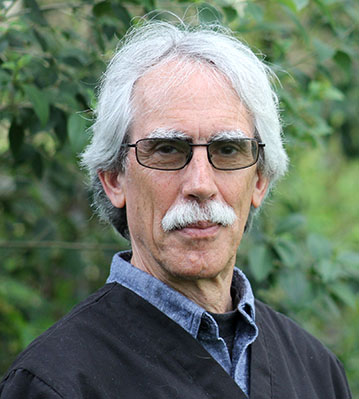 Dr. Glenn Baron graduated from Michigan State University vet school in 1977 and came to Matthews Animal Clinic as his first job. At that time, it was a semi-rural mixed practice that served Matthews, Mint Hill, Pineville and the farm areas of Wesley Chapel and Weddington. He purchased the clinic in 1993 and owned it for a decade. He left the practice in 2003 to become a fifth grade teacher in the Union County Public Schools. Retiring after 13 years, he now works part-time, back once again at his home practice in Matthews. Dr. Baron lives on a boarding horse farm in Waxhaw with his wife, Joan. He has two adult children and a darling grandson named Wylder. 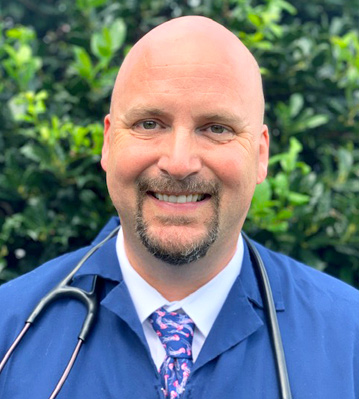 Dr. Thompson’s professional interests include emergency medicine, gastroenterology, and urology. In his spare time, he loves to spend time with Cecily and their two kids (Eloise and Everett), cook, bake, play guitar, go to concerts, and shop for greeting cards. He also enjoys snuggles with the family’s 2 dogs, 2 cats and ball python.

While he has filled in intermittently in the past, Dr. Thompson is excited to be a part of Matthews Animal Clinic on a permanent basis starting in 2020 and looks forward to working with you and your pet. 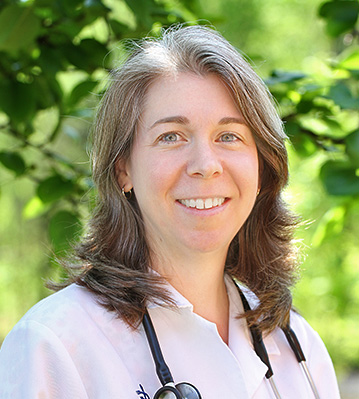 The daughter of missionaries, Dr. Janthi Webster was born in Malaysia and lived in Savannah, Georgia and Lindenhurst, New York before moving to North Carolina to practice medicine at Matthews Animal Clinic. Dr. Webster previously practiced medicine at Jamestown Veterinary Hospital from 1993 to 1994.

Dr. Webster and her husband, Jonathan, have three children: Miriam, Jonathan and Hannah. Her hobbies include reading, traveling and spending time with family and friends. She also has three pets: Daisy, a dog; Happy, a dog; and Fiddlesticks, a cat. 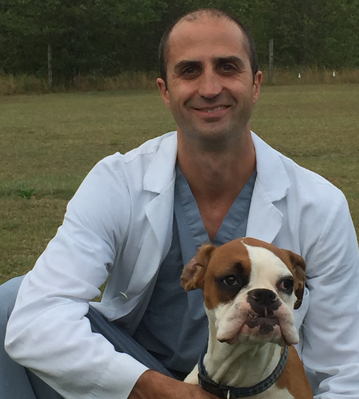 Dr. Ritter provides assistance to our team with advanced surgical cases, including TPLO surgery for ACL tears. He graduated from veterinary school in 2002 from Iowa State University. After graduation, he began an internship at the University of Pennsylvania which was followed by a 3-year surgical residency at Michigan State University. He was board certified in surgery in January of 2007. Dr. Ritter practiced at a referral hospital in upstate South Carolina for eight years after his residency. In 2014, he started Acacia Mobile Veterinary Surgery. Matt stays busy outside of work with his wife, eight children, three dogs, three cats, and three rabbits.