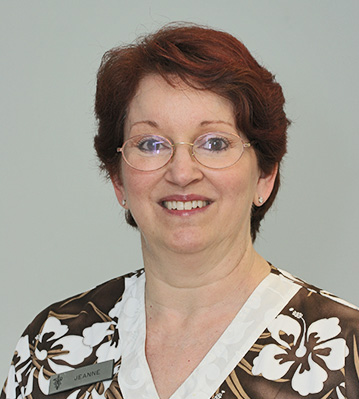 Office manager Jeanne Saxon has been part of the Matthews Animal Clinic staff for more than 45 years. She is a native of Iowa and moved to Charlotte when she was 15 years old.

Jeanne is a devoted Carolina Panther fan, football season is her favorite and she can be found at all Panther home games. Jeanne has two dogs, Louise and Martha and one cat Sixty. She also spends time with her children and nine grandchildren. 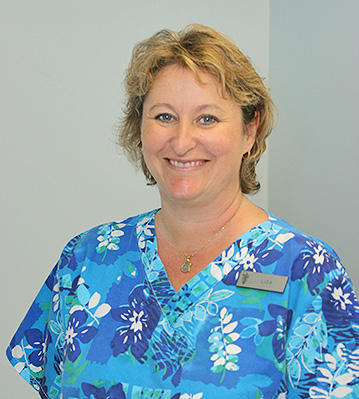 Originally from Athens, OH, front office manager Lisa Sidders has worked at Matthews Animal Clinic since 1991. Lisa is proud to work with the knowledgeable veterinarians and caring staff at the clinic and loves talking to clients and their pets.

When she's not at work, Lisa can be found reading, walking and watching her daughter play soccer. Her four dogs and one cat also keep her busy. 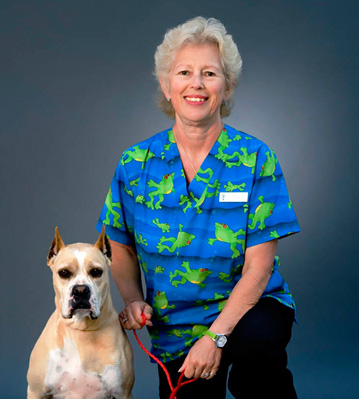 A receptionist at Matthews Animal Clinic since 1991, Faye Hannigan is proud of the high-quality care provided at the hospital and loves the family-like atmosphere in the clinic. When she's not at work, Faye can be found spending time with her grandchildren, hiking, canoeing and tubing. 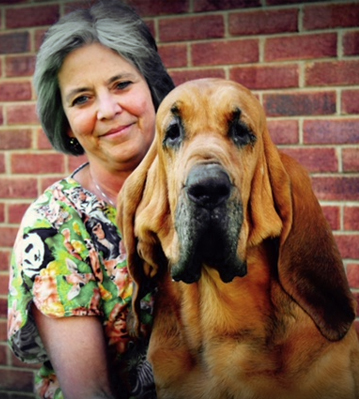 Shirley VanCamp was a client at Matthews Animal Clinic since 1990 before she joined the clinic staff in 2007.Shirley has been an avid animal enthusiast her entire life. She is an active member of The American Bloodhound Club, Southeastern Bloodhound Club and The Golden Retriever Club of America. What spare time she has away from home and work she can be found at AKC dog events all over the country or Wilmington NC with grand baby, Scarlett and family. Shirley enjoys her job and calls her co workers her MAC Family. 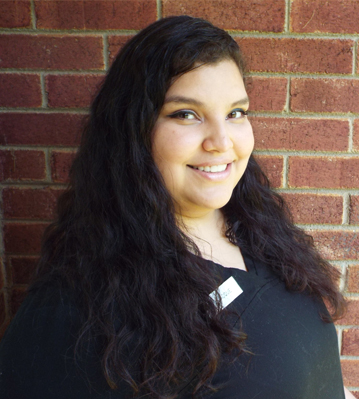 Jacque is originally from New York and she moved to Charlotte in 2005. During High School she did an internship at Matthews Animal Clinic, since that time Jacque knew she wanted to work with animals. Animals have always been a part of her life mostly birds. Jacque currently owns 2 macaws, Bella and Luna, 2 dogs Tito and Lucius and 8 chickens. When not at work she enjoys gardening, photography, cooking, singing and horror films. She also enjoys spending time with her loved ones. 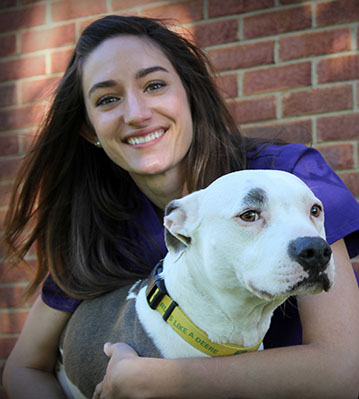 Dawn has been a veterinary technician at Matthews Animal Clinic since graduating from Gaston College in 2009. In 2016 she became head technician. Dawn’s favorite aspects of working at MAC are the rewarding experiences and family-like atmosphere. Dawn has two dogs, Nola and Maggie. She enjoys going to auto shows/races and going to concerts with her friends. Her hobbies include hiking, raising chickens, traveling, and reading. 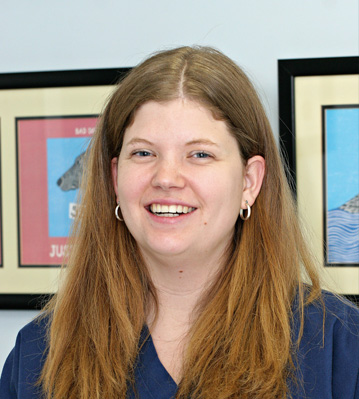 Veterinary nurse Katie Scott began working at Matthews Animal Clinic as a kennel attendant in 1999. A native of Matthews, Katie attended Gaston College and received her Associate's Degree in Veterinary Technology in 2007. Katie loves working with animals and enjoys the learning experiences the hospital provides.

When she's not at work, Katie can be found spending time with her husband Shannon, stepson Blaine, daughter Kelsey, and son Kraven. She also keeps busy caring for her dogs, Sarah, Ariel, and Papi.

Surgical nurse Vicki Ritch has been caring for pets at Matthews Animal Clinic for more than two decades. Vicki loves working with animals and the family-like atmosphere at the hospital. Vicki's hobbies bowling, golf, dancing and spending time with her pets. She has two dogs, Spanky and Skeeter, and five cats, Breezy, William, Boots, Missy and Prissy. 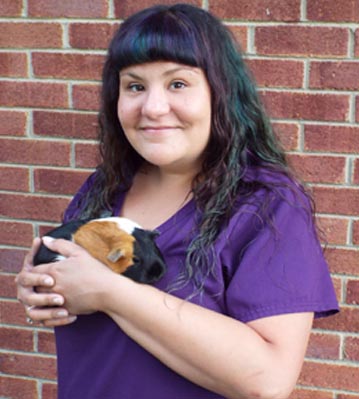 Janie is a Charlotte native, graduated from Gaston College in 2013. She graduated with her degree in Applied Sciences in Veterinary Technology. She has a three year old Guinea Pig named Piper. She enjoys music/concerts, making friends and loved ones laugh, Duke Basketball, and Carolina Panthers. 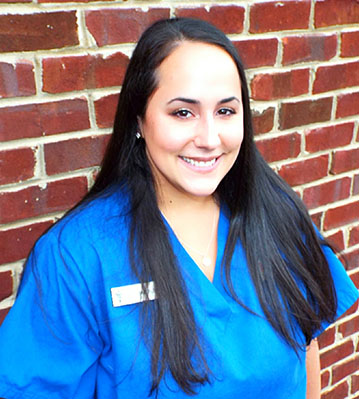 Bailey Backus graduated from Gaston College in 2015 with a degree in Applied Science in Veterinary Technology and began working for Matthews Animal Clinic shortly thereafter. Bailey is very passionate about veterinary medicine and loves to learn new things in the field. In her spare time, she enjoys reading, gaming, meditating, science fiction and playing with her cat, Teeny. 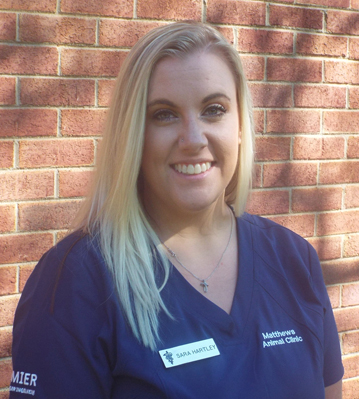 Sara joined Matthews Animal Clinic in 2015. She loves working with animals every day and loves learning new things. When she is not working, she enjoys reading, photography, going to the beach, and spending time with her friends and family including her 2 cats: Jasper and Puck. 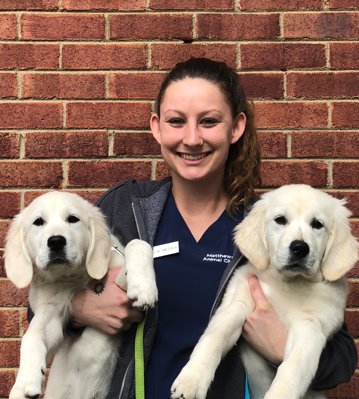 Kylin attended Cape Fear Community College and is currently studying at Penn foster for Veterinary Science. She has loved animals ever since she was little, and working with animals has been her dream. Kylin joined the Matthews Animal Clinic team in December 2018 and has loved every minute of it. In her free time she loves to spend time with her fiancé and her dogs Laya and Obi getting into whatever adventures they can and napping with her cat, Ember. 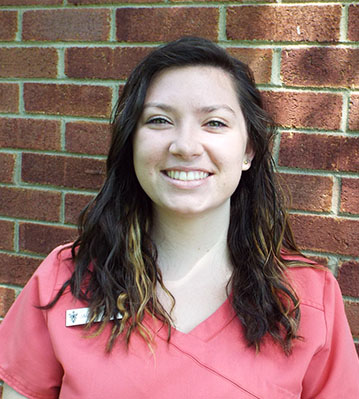 Jackie has been with Matthews Animal Clinic since 2016. She started as an intern and was then hired once she received her certification in Veterinary Assisting. Jackie loves working at the clinic and loves working with animals everyday. In her free time, she loves to read, paint, go camping, and spend time with her family and pets. 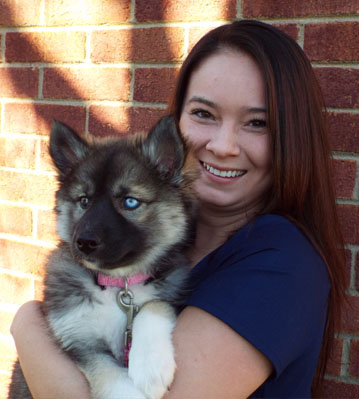 Dana did her internship with Matthews Animal Clinic for her Penn Foster Veterinary Technician Assistant program. She was hired as a receptionist and veterinary assistant in late 2017. She is originally from Fort Lauderdale, Florida and moved to Matthews in 2015. Dana loves animals and has four of own, 2 dogs named Selby and GiGi, a cat name Chloe and a chinchilla named Atilla. Her hobbies are playing with her pets, sleeping and eating. 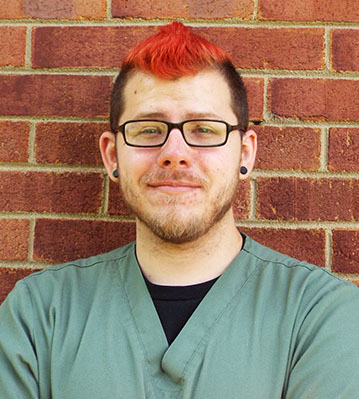 Sam began working at MAC as a kennel worker in 2014, then became the kennel assistant manager in 2015, and worked his way up to surgical assistant in 2017. Sam loves monitoring the animals during their procedures and making sure they stay safe in our hospital. When he is not at work, Sam likes to be up to date with the newest technology and video games. 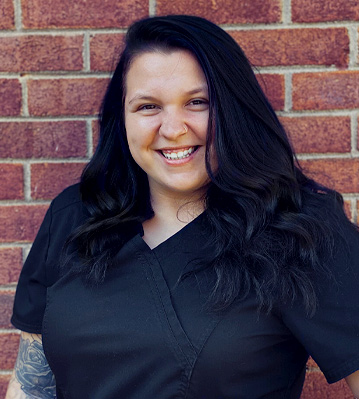 Angelica started as part of the kennel staff August of 2018, then in March of 2019 became a nurse assistant. She has 2 dogs, Dixie and Kane and 1 cat Ash that she adopted recently. She loves spending time with her boyfriend, Ben. She hopes to own a farm one day with several cows. 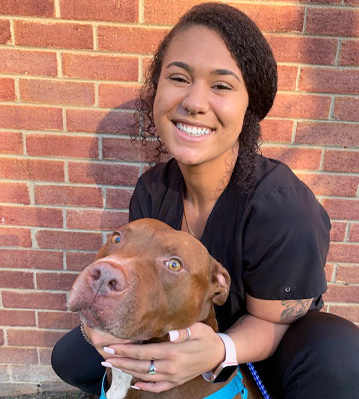 Jordan joined Matthews Animal Clinic as a kennel assistant in April of 2018 and worked her way up to a nurse assistant in September of 2018. She graduated from Piedmont High School and attended Central Piedmont Community College and plans to further her education in veterinary medicine. She has 1 dog Phat and 1 cat Phoenix. In her free time she enjoys hanging out with friends, going to concerts and spending time with her loved ones. 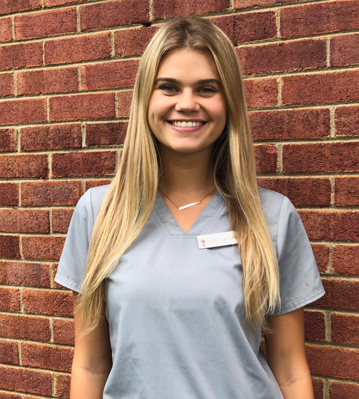 Hannah joined the Matthews Animal Clinic team in May of 2019 as a nurse assistant. She is a recent graduate of Clemson University where she earned her bachelor’s degree in Wildlife and Fisheries Biological Sciences. She plans to work at the clinic while she completes her applications for veterinary school in hopes of becoming a small animal veterinarian. She has a rescue three legged cat named Tara! In her free time she loves going to concerts, hanging out with friends, and cheering on the Tigers! 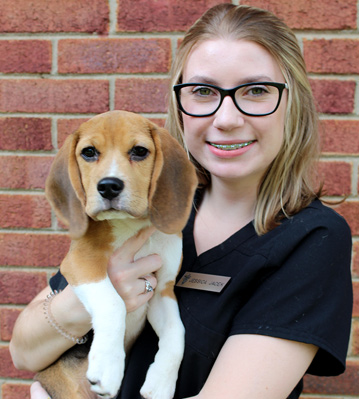 Jessica started at Matthews Animal Clinic as an intern in February of 2019. In July of 2019 she was hired as an assistant after completing her Certification in Veterinary Assisting. Jessica has always loved animals and loves to work with them every day.She has a pet beagle named Annie. In her free time she loves to listen to music, eat, camp and spend time with friends and family. 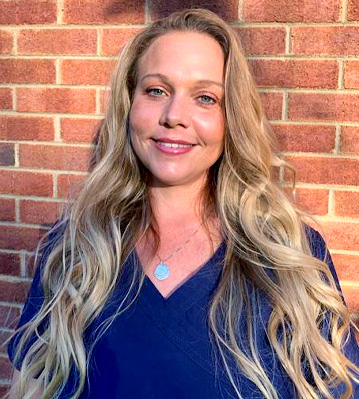 Kimber joined the team in 2020 as an intern for her Penn Foster Veterinary Assistant program. Once completed she was hired as a Nurse Assistant. Kimber loves working with and helping animals. In her free time she enjoys spending time with her husband, three children and cat Simba. She also enjoys watching football. 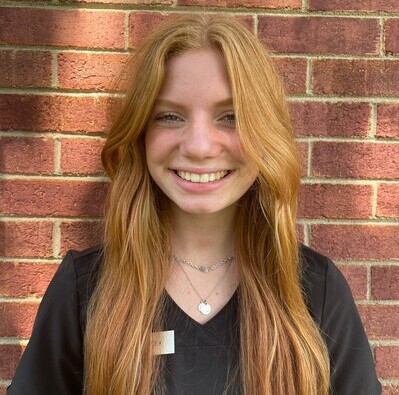 Julia joined the team in July of 2020 as an intern for her high school vet assisting certification program. Once completed she was hired as a Nurse Assistant. In her free time Julia enjoys drawing, playing sports, and spending time outdoors with family and friends along with her 30 plus pets including her cat Reese. 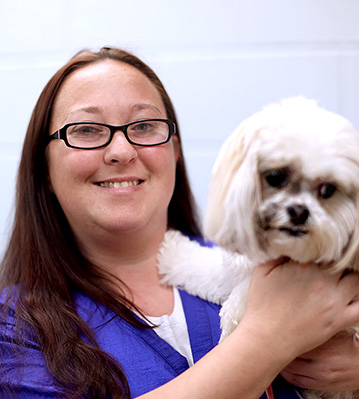 Nikki was born and raised here in Matthews. She has been with Matthews Animal Clinic since October 2011. Nikki has been in the grooming/pet industry for 13 years, but grooming professionally for 5 years. She has a son and two pit bulls she calls family. She loves being in this industry, and wants to one day own a Bully Breed and Arabian Horse Rescue. She also works in the boarding facility on the weekends.

Her interests, when not working are playing games with her son, taking care of her pets, riding horses and spending time with her family. 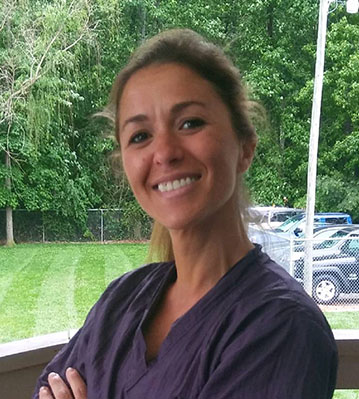 Sharon Hughes started grooming at Matthews Animal Clinic in 2000 and now has 20 years experience. Sharon left the clinic for a few years to stay home with her second son. She rejoined us 2 years ago part time and is glad to be back in the "MAC" family. She lives in Waxhaw with her husband, 2 sons, 2 dogs, 1 cat and chickens. Sharon loves the outdoors, trail running, exercising and gardening in the warmer months. Football season will find her at all the Panthers' home games.